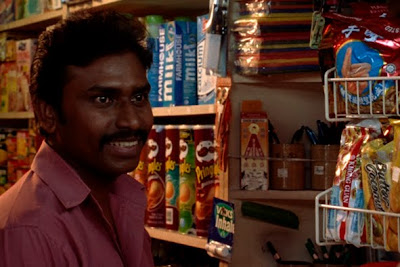 Synopsis:
Masala Mama is a cinematic tribute to the small and almost extinct kiosks in Singapore known as ‘mama shops’. In Tamil, the word ‘mama’ means ‘uncle’. Like the film’s director when he was a boy, the young protagonist of this film is a regular customer at one such shop, where he goes to immerse in comic books and its world of super-heroes. The boy comes from a poor family with a father who cares little for such idle dreams. When the boy decides to steal a comic from the store’s gentle owner, he sets in motion a series of confrontations between his father – a man hardened by the pursuit of earning a living, and the storeowner – a man open to the pursuit of a
dream.