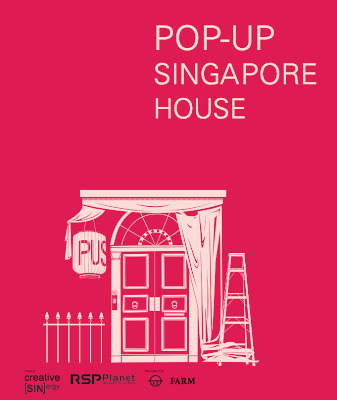 
At the generous invitation and with the kind support of RSP Planet Design Studios, creative [SIN]ergy will be transforming a stately townhouse in Dorset Square into a pop-up arts venue, working in partnership with Farm and Platform 65 to present an exciting summer of events, exhibitions, and workshops, showcasing some of the best Singaporean talents in UK from a diverse range of backgrounds including visual, literary, theatrical, design and culinary arts.


Running from July 2012 to September 2012, Pop-Up Singapore House will be diving head first into one of the most exciting summers in London yet, with the city brimming with activity and visitors from the London 2012 Cultural Olympiad, the London Olympics 2012, London Fashion Week, and the London Design Festival.
Posted by creative [SIN]ergy at 08:00