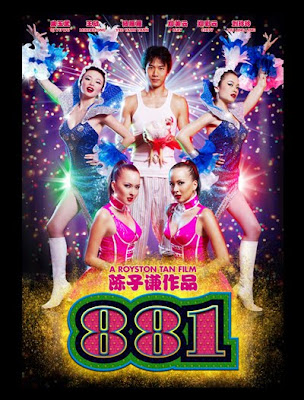 The story is about two good friends who grew up with genuine love for the Getai culture, a form of art with stage and song performances. Getai has a historical tradition in Singapore. After being blessed by the Getai Goddess, the two friends become the most popular Getai duo of the country, called the Papayas. However, the Durian Sisters, their main competitors are very jealous and determined to sabotage the Papayas' performances.

Of Note: Selected as Singapore’s nomination to the Academy Awards for Best Foreign Language Film