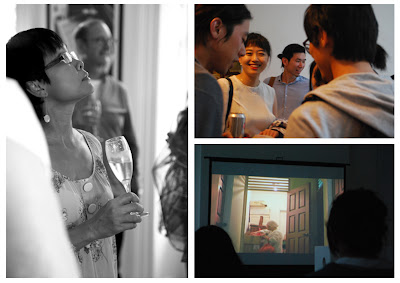 PROJECT: slingSHORT was postponed from 28th July 2012 to 8th August 2012 due to the roads around Regents Park and Park Mall being closed off for the Olympics Road Cycling.

Guests were also given a programme with write-ups about each film, the curator’s note and Singapore Heritage Society. There was a drinks reception after the screening.

“Great Event. Laughed at some of them, moved by some of them, made hungry by one of them. Thanks for organising. Should be a regular event. Singapore has a lot of homegrown talent and we should cherish them. well done!” – Gee Loong, member of audience