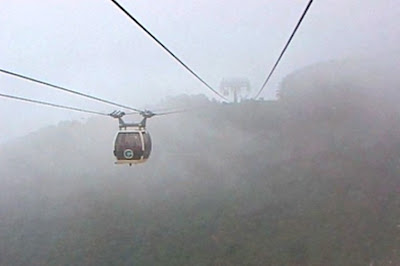 Erika Tan, The Syntactical Impossibility of Approaching with A Pure Heart, 2008

A low, indistinct and continuous sound, murmuring evokes the telling of stories or rumours that conjure powerful mental pictures. Murmuring otherwise connotes an endless babble of visual and verbal information - the point where language fails and meaning collapses.

Underscoring mechanisms of verbal imagination and visual enactment, linguistic rupture and the dissolution of the image, murmur explores fiction-making as a means by which to critically reorder the data of experience, frameworks of memory and limits of perception.

The artists in the exhibition have mined sources ranging from folklore and literature, to history and cultural theory, selectively reiterating and placing ownership over information, language and images that otherwise slip into an anonymous stream of murmuring. The artworks raise enquiries on existing social narratives, rationalities and systems of belief as the artists attempt to spin new fables from borrowed plots by deploying fiction as an evaluative strategy; a blank space from which to recall, to speak and to perform.

Erika Tan’s work has evolved from an interest in anthropology and the moving image. Her work is often informed by specific cultural, geographical or physical contexts; exploring different media to create situations that excite, provoke, question, confront and invite comments from the audience.